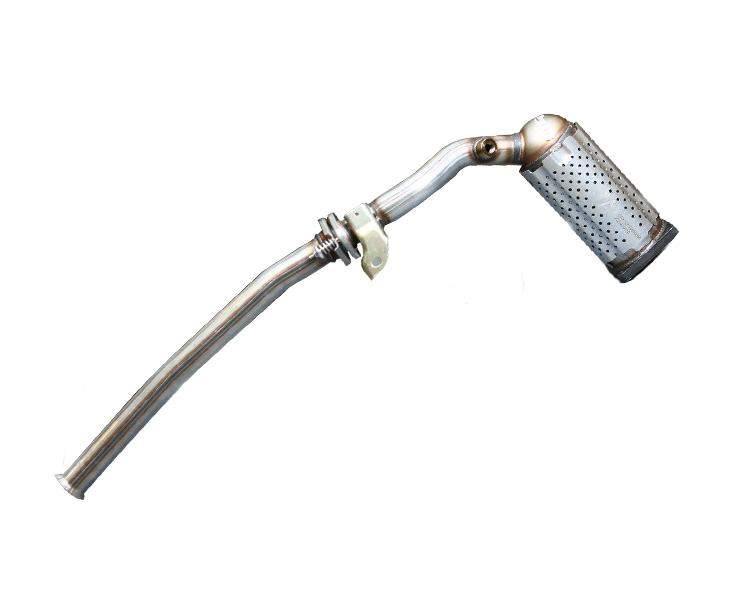 The present product is a catalytic converter for passenger cars.

The catalytic converter’s task is to reduce the amount of pollutant emissions by placing it on the exhaust outlet.

Due to the increasing use of cars, which are the main factors of air pollution, the use of the product in design is inevitable.

A) Oxidation of carbon monoxide to carbon dioxide

A) Reduction of Nitrogen Oxides to Oxygen and Nitrogen

B) Oxidation of carbon monoxide to carbon dioxide

Catalytic converters consist of three major components of the catalyst core, oxide layer, and catalyst material itself, each of which is briefly described below.

Catalyst substrate: In vehicle converters, it has a ceramic monolithic with a honeycomb structure.

Oxide layer (Wash coat): This layer is used as a catalyst material holder, which increases the surface of the catalyst. This layer is usually selected from aluminum oxide, titanium dioxide, silicon dioxide, or a mixture of silica and alumina.

Catalyst material: Catalyst itself is essentially the main catalytic converter, which is usually chosen from the family of expensive metals such as palladium, radium, platinum, gold, and cadmium. But from a cost-effective point of view, palladium and radium are commonly used.