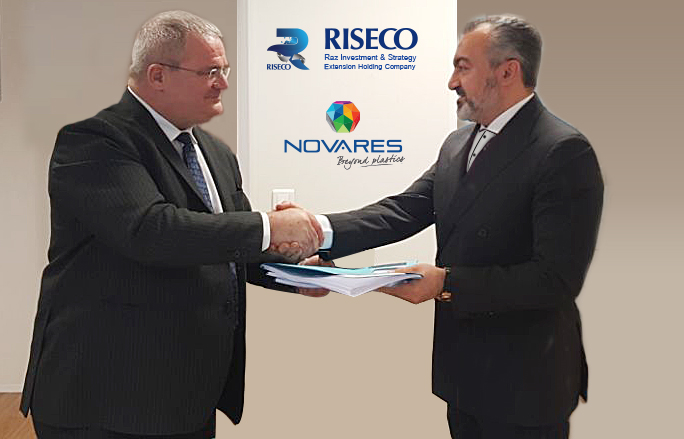 The first agreement of a joint venture between RISECO Holding and NOVARES (previously Mecaplast) to produce automobile plastic parts through high-tech methods in Iran, was signed back in March 2017 along with the presence of Iran ambassador and authorities of Renault-Nissan and PSA. The agreement is one of the first steps for Iranian automobile part makers to join Renault-Nissan and PSA global chain of supply.

NOVARES took over the full share of Key Plastic Corp. in mid-2017 and changed name from Mecaplast to Novares. The company is a world class car part maker, produces engine, exterior and interior plastic trim parts with high-tech methods. Novares owns more than 42 production sites and 12 R&D centers in 21 countries in the world and is the major part provider for companies such as VW, PSA, Renault-Nissan, Toyota and so on.